A stunning natural wonder filled with crystal clear water, Queen’s Bath in Kauai is as beautiful as it is potentially dangerous. Formed from a sinkhole and filled with water from the ocean, this ocean gem is worth the visit to Hawaii.

As Hawaii’s fourth-largest island, Kauai is known as the ‘Garden Isle’ thanks to its amazing natural splendor. As 90% of the island cannot be reached by road, it has remained untouched and is full of waterfalls, looming mountains, lush valleys, and over 60 beaches.

In ancient times, only the ali’i (royalty) were allowed to soak in the Queen’s Bath tide pool, as it was considered sacred waters. The original Queen’s Bath was located on the Big Island of Hawaii and was created when a lava tube collapsed and allowed fresh water from a nearby spring to fill it in.

Unfortunately, in 1983 the Kilauea Volcano erupted and over the next few years, the pool was destroyed by lava flow. This gave way to the tidal pool in Princeville taking its name, which is fitting as Princeville was named after Prince Albert, and Queen’s pool was named after his mother.

Upon reaching the tidal pool, you will see that it is a closed sinkhole, surrounded by igneous rocks and overlooking the ocean.  With amazing views all day long, but especially during sunrise and sunset, it is definitely worth the slightly arduous trek!

The water is crystal clear and the bottom is covered in shimmering rocks and a variety of marine life. The water in the pool is constantly refreshed by the ocean waves that slap against the rocks, allowing some marine life to find a way in.

You will be able to spot angelfish, sea urchins, ghost fish, and many other creatures swimming around you as you soak!

It is important to pay attention to the signs that are posted, as this can be a very dangerous area. People have been swept out to sea due to ‘sneaker waves’, and the gates are closed when the surf is high and during the rainy season.

Queen’s Bath is considered to be one of the world’s deadliest ocean water ponds, and for good reason, so pay attention to surf reports before visiting.

The best time to visit is during the summer months when the water is calm. During the winter, the waves can be strong, rough, and erratic, which floods the pool and pulls people into the ocean.

Surf Report: Queen’s Bath is safe as long as the waves are less than 4ft 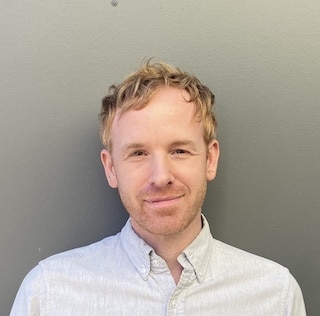 Having spent the last 30 years devouring books and jotting down ideas, Sean has a portfolio overflowing with creative endeavors aimed at helping others express themselves. Immersed in a wide range of writing projects, from articles and interviews to dating profiles and design schematics, there is no topic too foreign or familiar for him to tackle.