Located in Stoney Middleton is the Stoney Middleton Bath, a rustic building from the 19th century known as the “Bathhouse,” which has separate male and female areas. An exterior plaque identifies it as a historical landmark.

This bathhouse is said to have replaced an even earlier one, and people have been visiting these waters for healing for thousands of years. Locals call this building the “Roman Baths,” which may be because Roman coins were found there. The water is mineral-rich and cool; many believe it can be drunk freely.

The style of the inside includes two separate rectangular shower rooms, one for each gender. The 17°C/63°F thermal water seeps up through the bottom of the women’s bath, pours into the men’s, and is then channeled into the stream.

Their size is around 3m/10 feet wide by 4m/14 feet long by 1.5m/5 feet deep, and they may be accessed by a set of stone steps. Each one has a small changing room with a fireplace in one corner and a window on the outside wall that can be reached through a passageway on the outside. 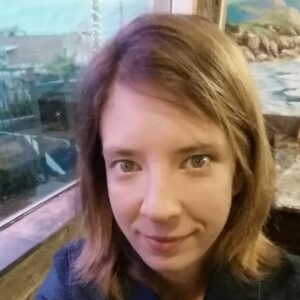